BINUS UNIVERSITY always strives to encourage creativity and innovation to empower society. Two BINUS UNIVERSITY students, Radityo Eko Prabowo and Nicolas Julian from Computer Engineering Program, created Sonar Vision, a device designed to help the blind and visually impaired. The device works to detect obstacles within three meters from the person and  vibrates to notify the person. However, Sonar Vision is meant to be used along with the walking cane instead of as an alternative, since it still has limitations in detecting holes on the ground. 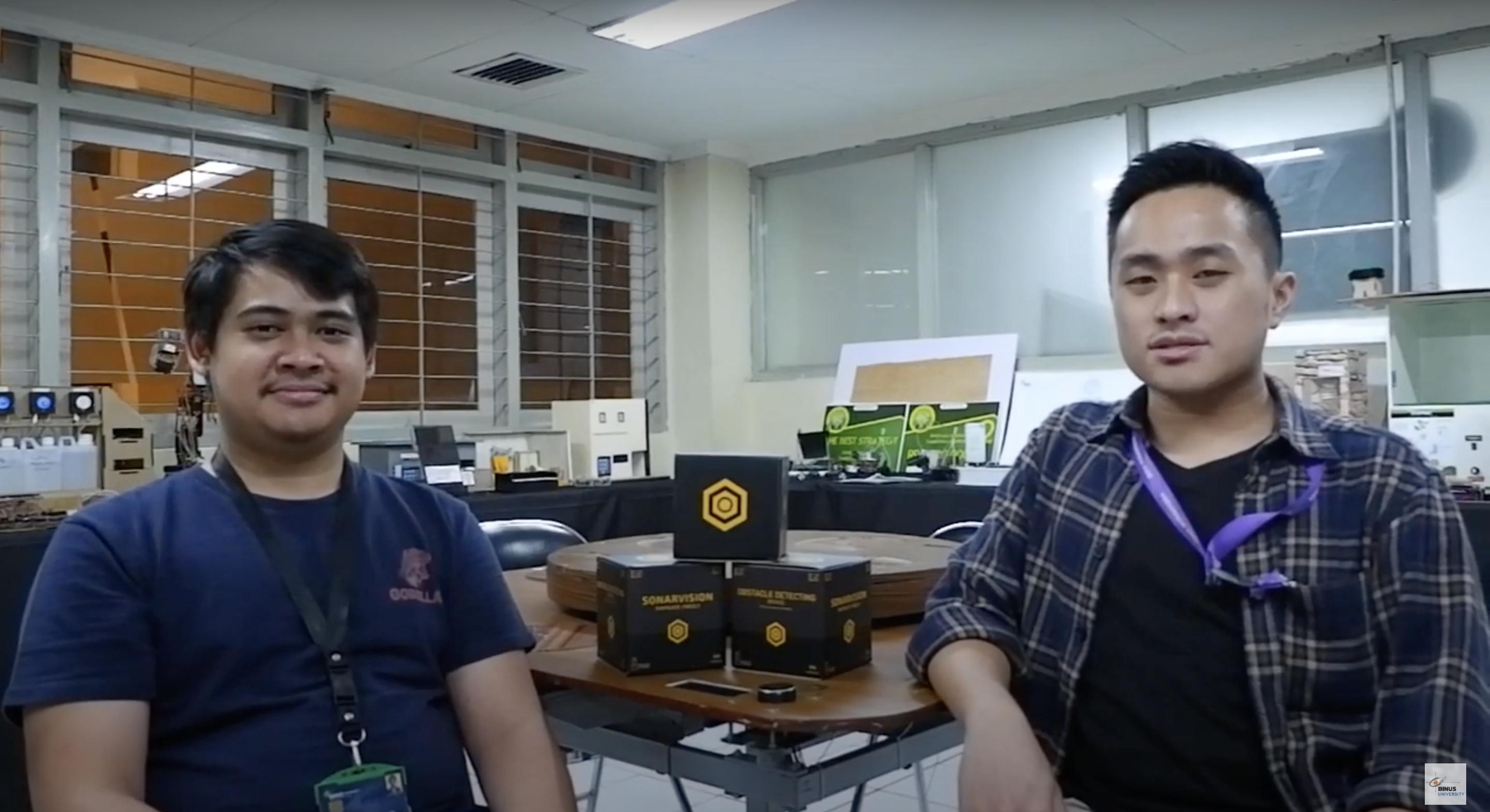 Sonar Vision was a part of BINUS UNIVERSITY’s 3+1 Enrichment Program designed to prepare students for a future with industry and work opportunities. Sonar Vision started as a design project in the Digital System course on their fourth semester. Their inspiration came after the two students observed a blind couple, a husband and wife, who sells rice crackers near BINUS UNIVERSITY campus. Concerned about their safety, Radityo and Nicolas began to brainstorm before experimenting on the Sonar Vision project. However, the project itself is still continued months later even after the course was completed.

At the beginning, Radityo and Nicolas must think creatively on how to create a smaller, compact device for it to fit proportionally on the wearer’s hand. They spent a lot of time experimenting on different concepts before deciding on the final prototype.

Radityo and Nicolas appreciated the continuous support from BINUS UNIVERSITY in developing the project, so that they received a grant from Indonesian Ministry of Research and Technology and therefore were able to launch Sonar Vision to the public. 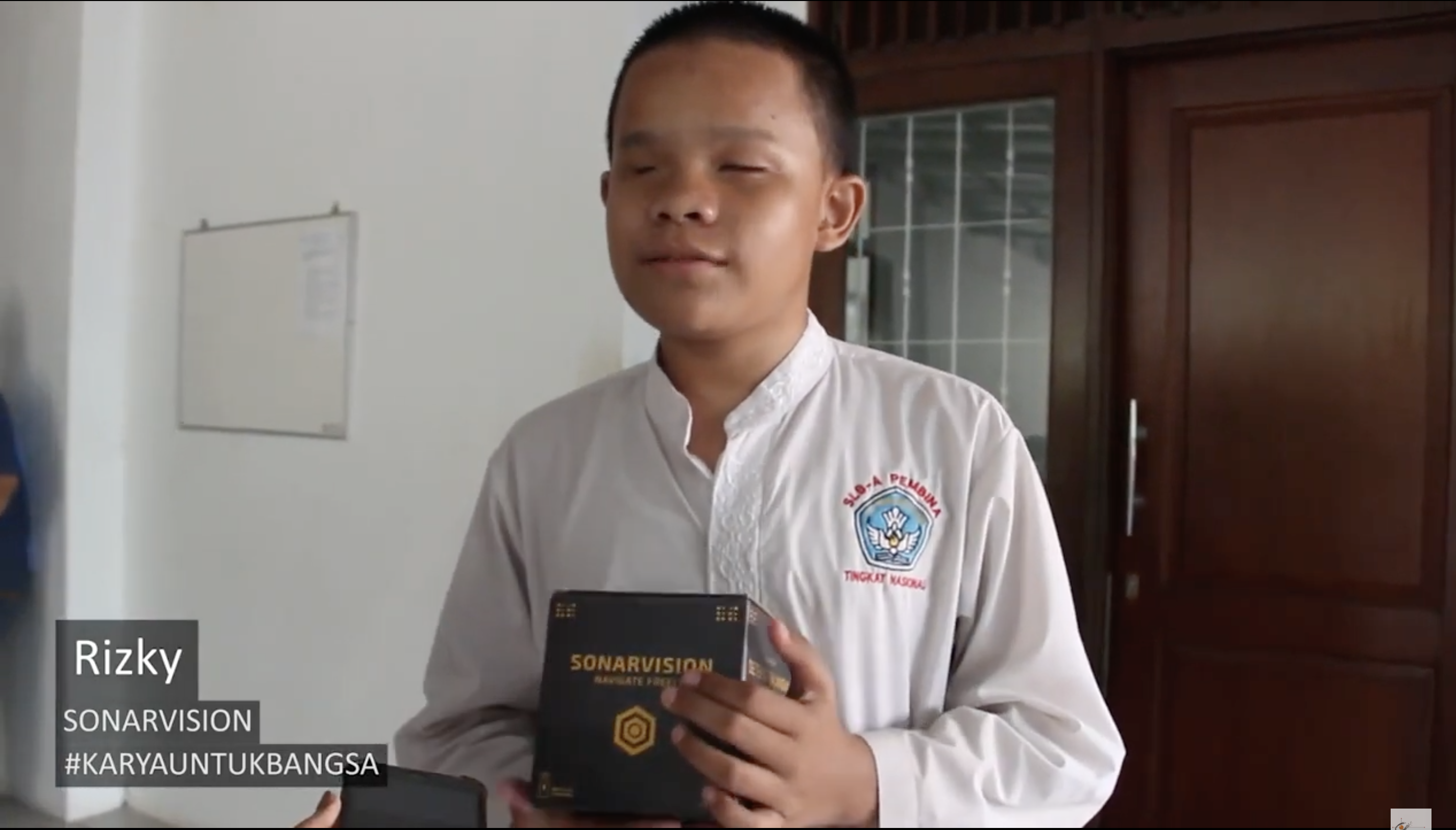 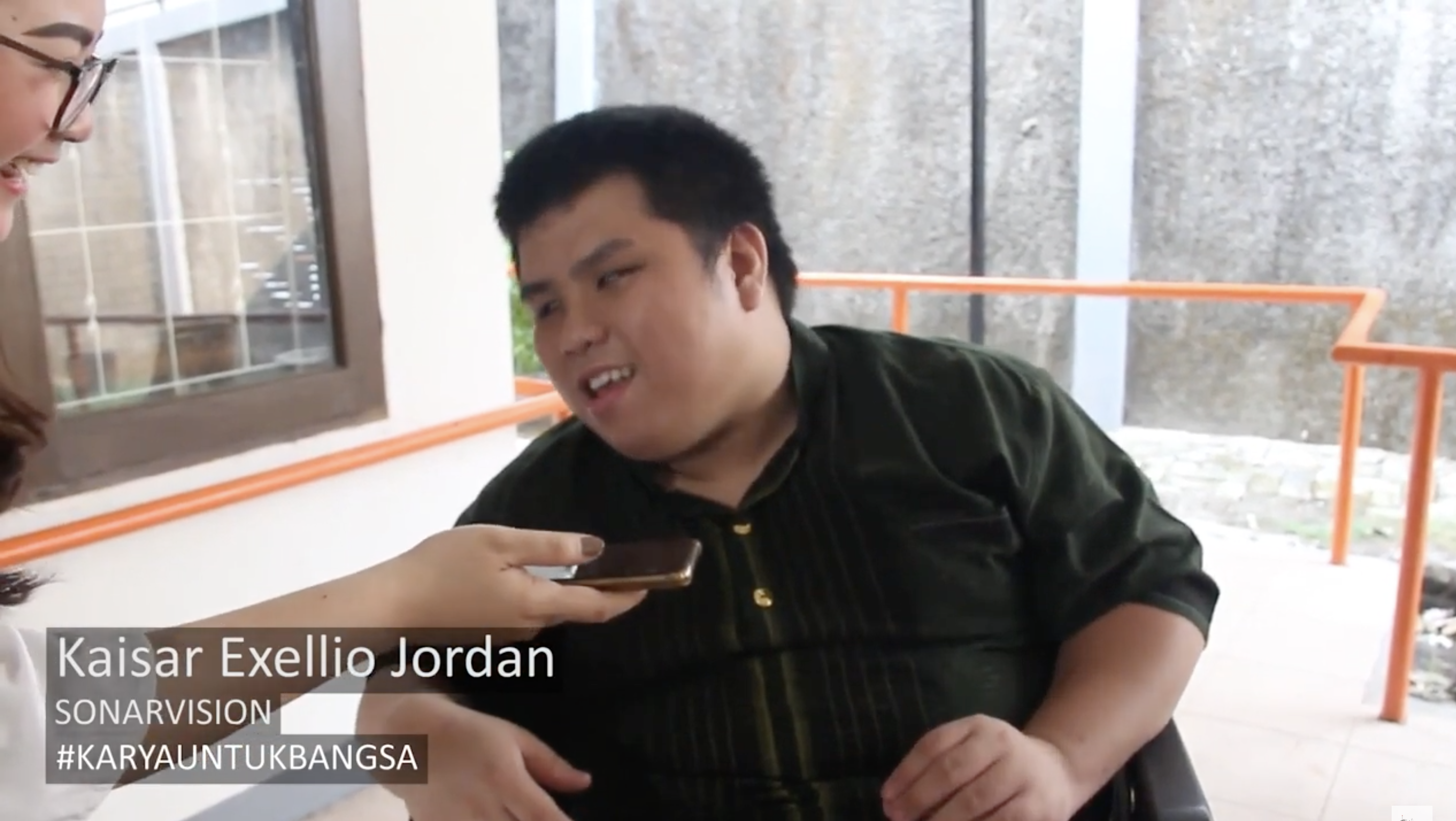 Rizky, a student from SLB-A Pembina and Exellio Jordan, who are both blind, had a chance to try out the Sonar Vision device themselves. They were both very excited and thankful to be able to own the device.